TRUE STORY:   Dennis LOVES to draw cars, and other vehicles. A gearhead since the Sixties, his first car was a Plymouth Valiant. Tough little machine, slant six, three on the floor, and TOUGH as all get-out! Hey, even a sixteen-year-old teenage boy could not kill that car, it just kept running… A lot of his other cars since then have been more fragile!

One night Dennis drove the Valiant, going fast, up the side of a mountain with three other teenage guys along, just one long, hard run, racing up a steep gravel road, mile after mile. Then right before the summit — the car quit. What?? It was very dark and they were on the top of a mountain, no cell phones in those days. Wow, what’s gonna happen now, guys??

They all got out and raised the hood. They could clearly see the exhaust manifold and exhaust pipe, visible in the near-total blackness, glowing RED HOT all the way under the car.

They let the engine cool a while, turned the key —  it started right up, and they drove down the other side of the mountain and did the same exact thing coming back up, going home… Did not hurt the Valiant a bit.

If only we all had cars that tough NOW, eh?

PLUG: If you like cars, trucks and motorcycles, please see Dennis’s drawings of them at the Cars & Trucks page on www.DRAWME.com.  Thank you for reading! 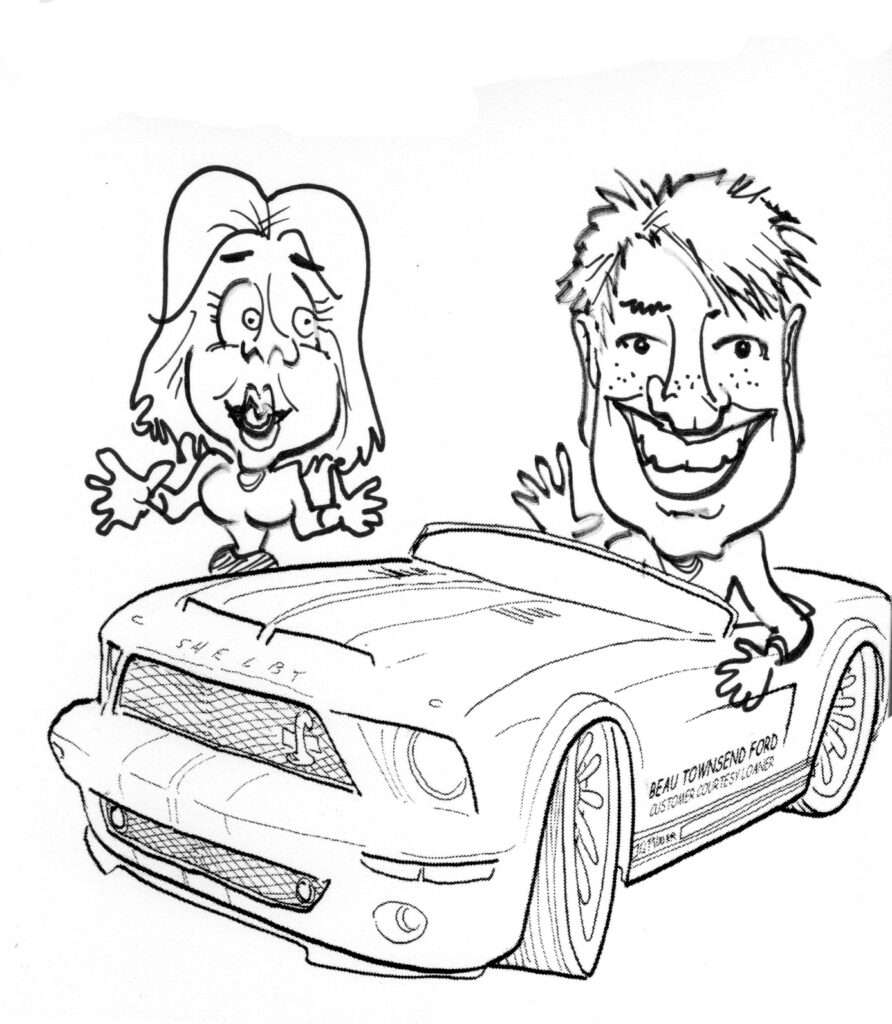 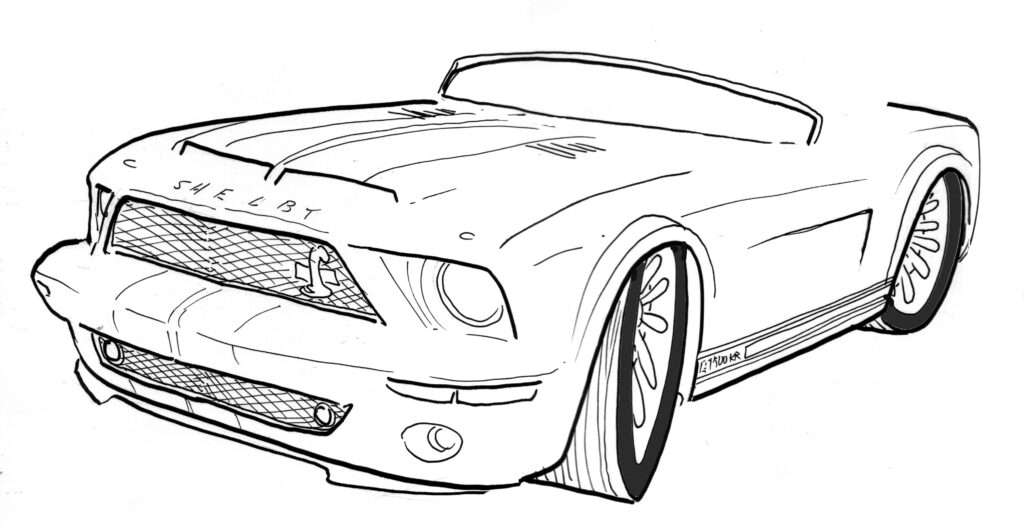 Original sketch of Shelby Mustang, printed on drawing paper for event — notice blank areas to allow people to be drawn into image 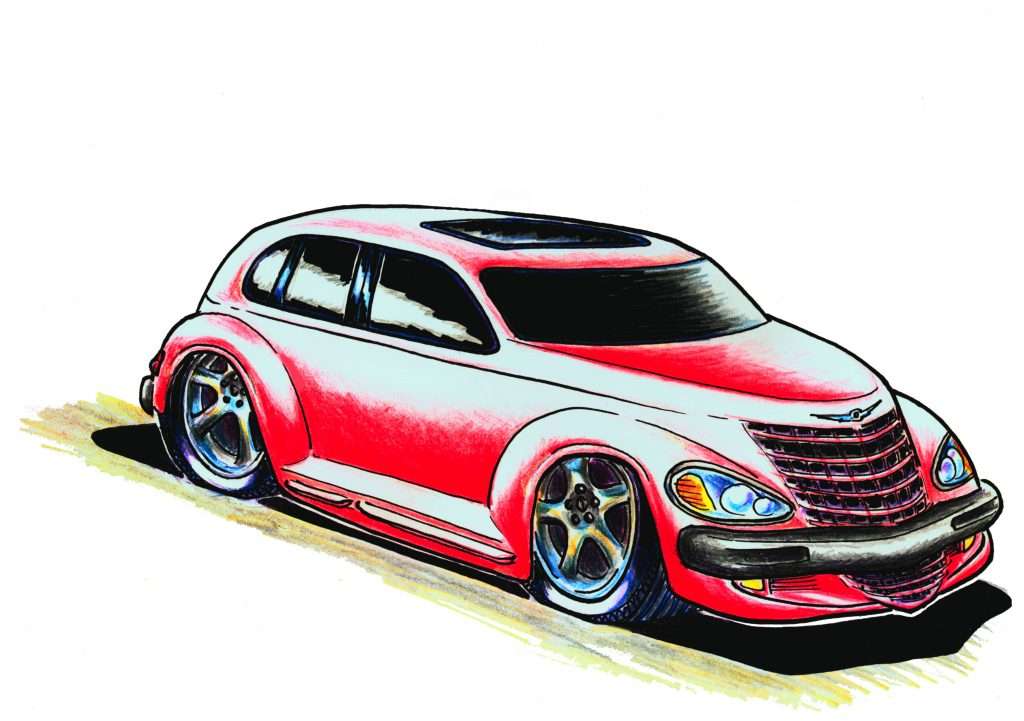